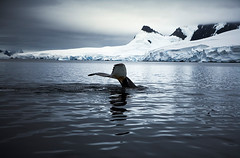 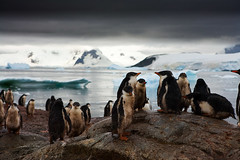 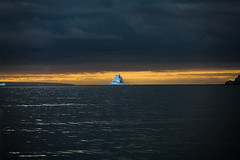 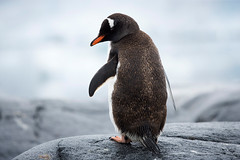 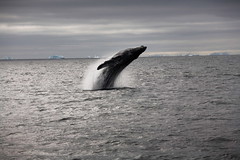 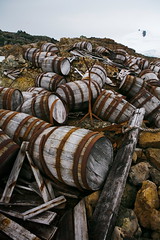 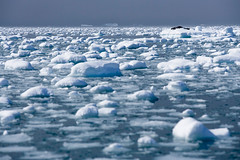 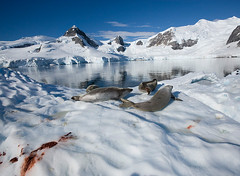 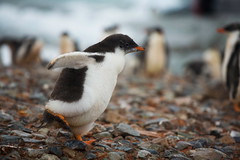 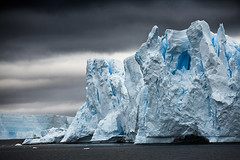 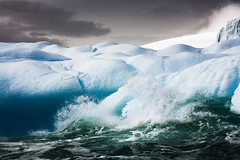 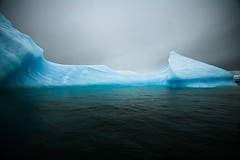 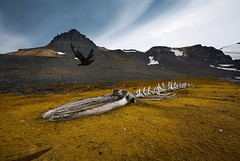 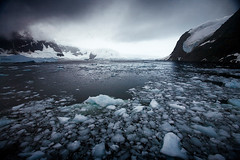 Pax Arctica is a three year strategic initiative designed to alert public opinion of critical environmental issues that endanger the Arctic region. Sebastian Copeland and Luc Hardy will lead a unique consortium of environmental advocates and ecological scientists - with the support of corporate sponsors and individuals - to explore and assess the conditions of the region an determine steps required to guarantee its preservation for generations to come.

In the summer 2008 Sebastian produced a documentary retracing the experience of the nine international kids he brought to the high Arctic for an interactive experience with local culture, scientist doing field work and the natural environment-all centered on climate change. The Young Ambassadors of the Arctic will be assembled into a one-hour program for the spring 2009.

Thus far Sebastian has captured 1,000s of breathtaking photographs of the endangered arctic region, including close encounters with a charging polar bear, eye-witness accounts of massive ice shelf loss, various regional wildlife but mostly images-at once surreal, haunting and majestic as is his style-of this native landscape at risk. The expeditions will feed research on high stakes issues: climate, mineral resources, transportations, culture and biodiversity. His collected experiences from these trips will inform the written portion of this next published work.

His fine quality prints have appeared at the United Nations (Solo Show, 2007), the Council on Foreign Relations, Peabody Essex Museum and the Field Museum (Chicago) among others. These works can also be found in private collections in both the United States and Europe and several are now part of the permanent archive of The Natural World Museum in San Francisco.

A graduate of UCLA Film School (Summa Cum Laude) and the son of highly successful artists (his father is classical conductor Jean-Claude Casadesus, Director of the Lille National Orchestra), Sebastian-a British/French national relocated to NY in 1980-began his career directing music videos followed by commercials. His still work has appeared in hundreds of publications worldwide including GQ, Marie Claire, The Face, Cosmopolitan, Vanity Fair, Elle Magazine, Interview magazine, and National Geographic. The recent winner of two prestigious first place IPA Awards (Professional Photographer of the Year: Books & an International Photography Award) prints from "Antarctica: The Global Warning" were also selected to tour as part of the 2006 and 2007 IPA 'Best of Show' collection.

His early photography ranged from fashion and advertising to album covers and celebrities-with a noted style mixing Madison Ave. sensibility with downtown pop. Subjects included Elijah Wood, Kate Bosworth, Salma Hayek, Philip Seymour Hoffman, Phil Collins, Sandra Bullock, and Orlando Bloom. Amongst his various film studio clients are Disney, Universal, Paramount or Warner Bros. Sebastian has shot movie posters for Goal!, The Fast and The Furious: Tokyo Drift, and Herbie-Fully Loaded, and the international press for such films as Pirates of the Caribbean, Troy and Seabiscuit.

His TV commercials clients include Fila, Old Spice, Pantene, Disney, Nintendo and Mennen amongst others. In his music video work he has collaborated with artists ranging from Branford Marsalis to Harry Connick Jr and Hall and Oates.

As an international speaker on climate crisis for over a decade, Sebastian has been featured on television and radio (Larry King Live, NPR, Air America) and has addressed audiences at the United Nations, the World Affairs Council, the General Assembly on Climate in New Orleans, the George Eastman House, Google Headquarters and to Apple's Senior Design Team amongst others.

In 2008, Sebastian was named one of German GQ's Men of the Year for environmental leadership. Sebastian currently lives in Los Angeles and drives a hybrid.