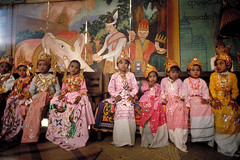 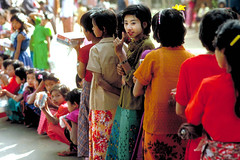 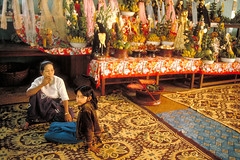 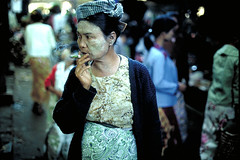 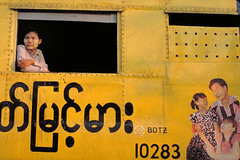 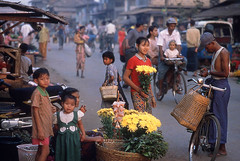 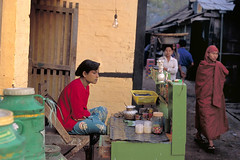 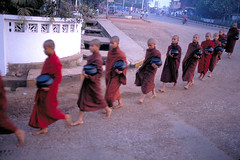 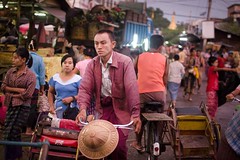 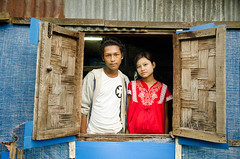 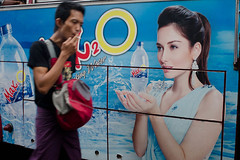 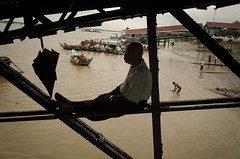 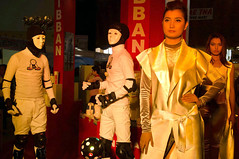 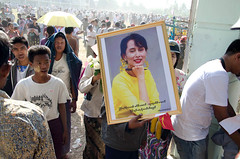 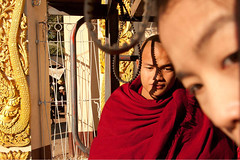 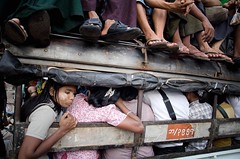 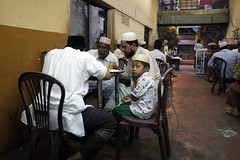 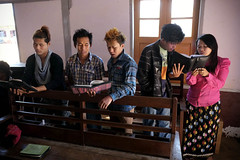 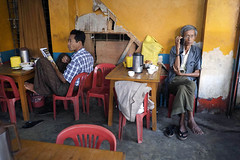 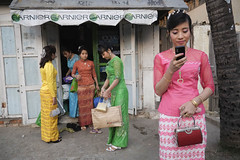 The country that has drawn photographer Geoffrey Hiller back most often is Burma. He first visited in 1987 on the one-week visa. After a frenetic trip, it wasn’t so much the monks and pagodas that haunted him, but the faces of the Burmese, painted in white, often smiling. He remembers speaking with a few old English professors about Dickens, no one else was able to speak to him. He wanted to find out more about who the Burmese really were, plagued by a tyrannical government.

Despite a travel boycott, he decided to return in 2000. The military now called the country 'Myanmar' and was no less repressive but allowed him to stay longer and travel more freely, in Pathein, Hpa-An and Mawlamyine. The result was the award-winning multimedia web site "Burma: Grace Under Pressure."

Fast forward to 2011, when the US Embassy hired him to teach photojournalists in Yangon. He was worried about the extreme censorship of the press but quickly learned that the dictatorship was beginning to relax censorship and free political prisoners.

By early 2012, Hillary Clinton had made her historic visit. It was amazing for him to witness one of the first rallies where Aung San Suu Kyi and her NLD party were allowed to appear in public. Now he was able to meet in public with his former students, who helped him interview and film at events such as the initial release of political prisoners.

He returned again in 2013. His camera focused on capturing life outside of the capital in towns that were formerly off-limits to foreigners. In February 2013, just two weeks before the violence erupted between Buddhists and Muslims, he stayed for three days in Meikhtila, a town he later described to the Irrawaddy News as peaceful and bucolic. He in fact spent considerable time talking to residents of the Muslim neighborhood, who were welcoming and friendly. When he read about the fighting later, he was shocked. "I just couldn't believe it," he said. After believing that he had finally gotten close to the Burmese, he realized that he will have to continue going back to uncover the reality that is not apparent on the surface.

Geoff is working on a book of his photos from Burma. Please consider supporting his Kickstarter Campaign!

The photography of Geoffrey Hiller has been published in magazines internationally including Geo, Newsweek, Mother Jones and the New York Times Magazine. He has completed dozens of photo essays in Asia, Latin America, Europe and West Africa and was on the staff of the Brazilian edition of National Geographic for two years. His award-winning multimedia projects about Vietnam, Eastern Europe, Ghana, Burma, and Brazil have earned recognition from Apple Computer, The Christian Science Monitor and USA Today.

He has received grants from the Paul Allen Foundation, the California Arts Council, Regional Arts and Culture Council in Portland, Oregon, among others. Hiller was a Fulbright Scholar in Dhaka, Bangladesh in 2008-2009. Most recently he has been teaching photojournalism in India, Burma, Cambodia and Pakistan. Hiller is the creator and editor of Verve Photo: The New Breed of Documentary Photographers.